When Sean Wotherspoon came to adidas, he made sustainability his signature and launched the SUPEREARTH collection, whose recycled and earth-conscious materials dressed the legendary superstar for the first time.

And now, not too long after, the Round Two head is back when he puts the ZX 8000 on anyway. The offer was only recently revealed in detail and effectively develops the design language of its predecessor.

The youthful and intentionally unrefined motifs play a role again to better cover the features of the ZX 8000 in flower and shamrock embroidery. Asymmetrical in design, the similarities of the left and right feet stop with the sturdy duck canvas on which both the toe box and the eye support sit.

On the one hand, plaids that attract both the tongue and forefoot are widespread, while the opposite favors hand-drawn flowers, the classic three stripes and a shaped tongue marked “SUPER EARTH”. 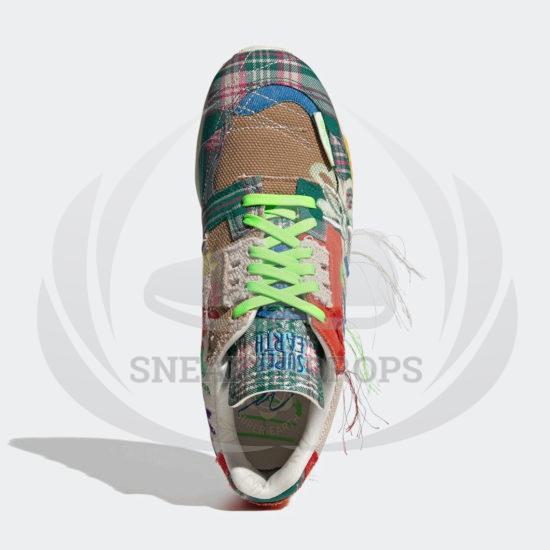